Written by Ilya Vakhutinsky
Updated over a week ago

There are three ways to send a broadcast message to groups of people.

To create custom groups, view the company chat account and select the new "Groups" button next to the "Broadcast Message" button. From there you can create groups and add people to use those groups. 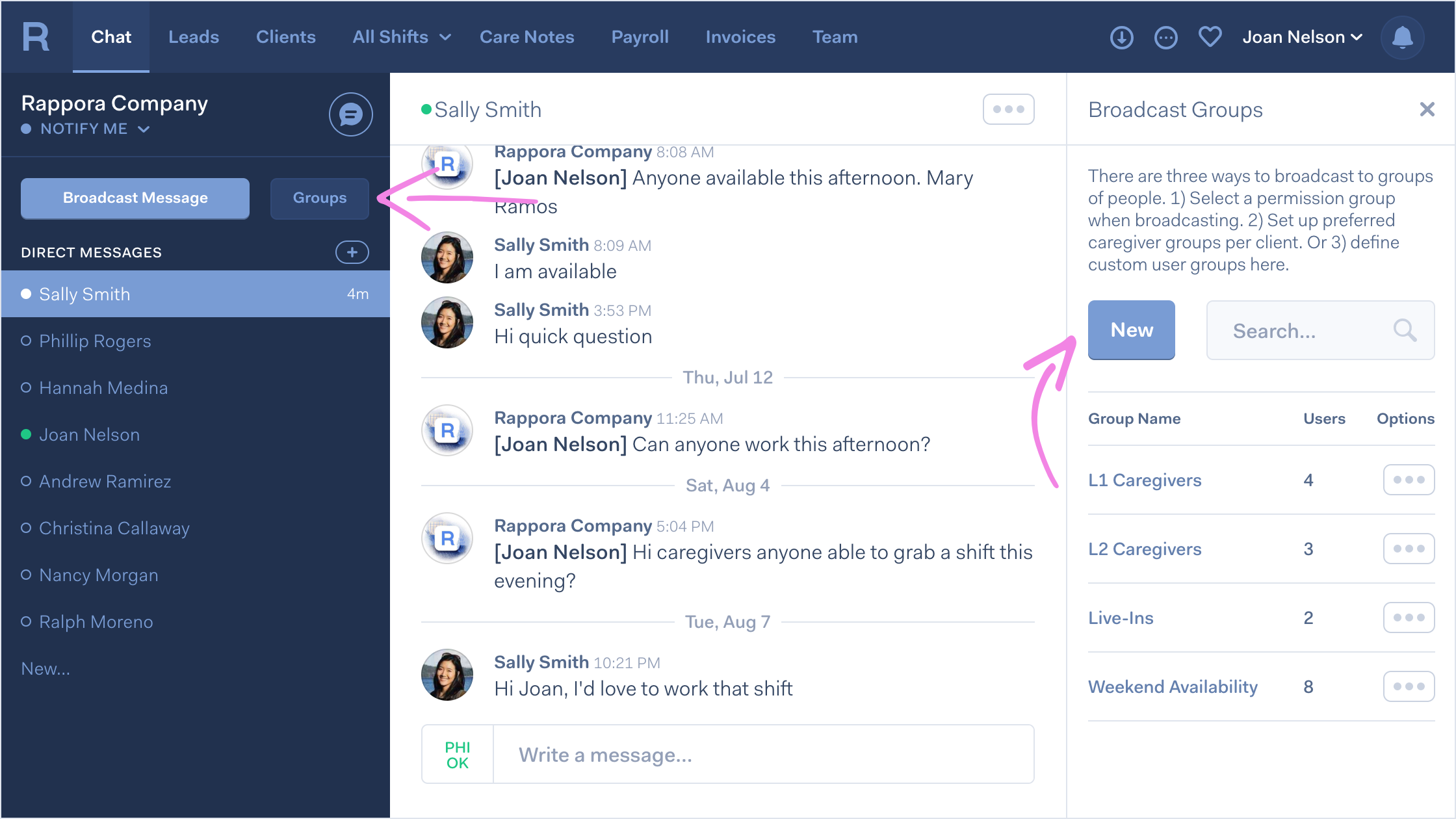 Those custom groups will then be available for selection when sending broadcast messages.

There are timestamps in the direct messages lists. E.g. "2m" for two minutes ago, "1d" for one day ago, etc. Previously, those timestamps represented the time in which the last message was sent in each conversation.

Now in version 3.1.5, those timestamps only represent the time that the other person last replied. This way you can scroll through the list of direct messages in your company chat account and get a good sense of recent replies so messages don't go unnoticed.

Did this answer your question?